Effect of TCP/IP slow start on the communication latency

TCP/IP do not utilizes a full bandwidth when connection is established. It gradually increases a data flow this avoids overflowing the receiver or any other device in the data path. It operates by following rule

The slow start adds another window to the sender, called the congestion window (cwnd). This window defines a number of segments sender is allowed to transmit.

Every received acknowledgement increases the sender window by 1 until transmitted data size reaches the size of receive window. The sender starts by transmitting X segments and waiting for its ACK. When any of those X segments is acknowledged, the congestion window is doubled 2*X. This provides an exponential growth.

Effect of TCP/IP slow start and its latency becomes visible for applications while mobile network is used: 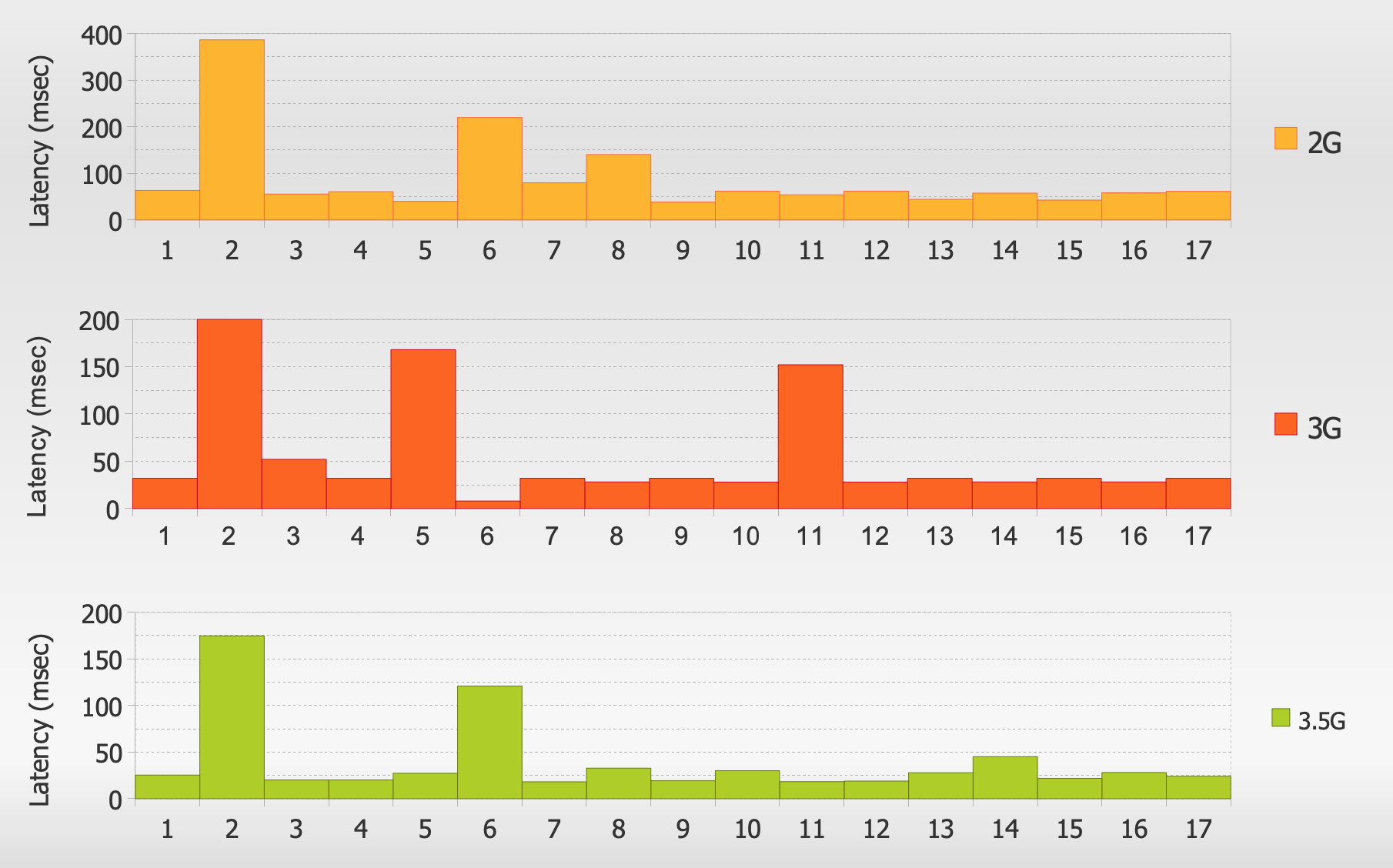